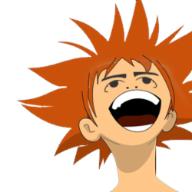 Id say most of my questions are related to Science & Politics, they often center around conspiracy topics. I joined Y!A to combat all the blind devotion to mainstream truth I see everywhere today. Basically, people who totally believe everything they read and everything see on the telly without doing their own HONEST research on the topic. Over the years Ive learnt to find my own truth, always after considering both opposing sides equally. This has revealed a very different world which most people are too afraid to consider through fear of ridicule or being labelled a conspiracy theorist. Nobody could be more confident in their own beliefs than me and I can proudly say I have managed to form my OWN opinion, rather than just adopting someone else's and becoming one of the repeating clones we see everywhere. Its sad really because most people don't even realise there doing it. Its just a consequence of being addicted to your television set. ALL regular TV viewers are repeate