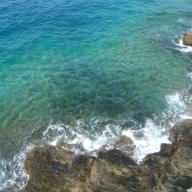 I like to live a calm, peaceful life, I like to explore new places and learn new things.