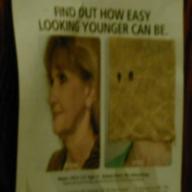 It is reported that, when Thomas doubted the Resurrection, Jesus did NOT send the Holy Spirit to inspire the other disciples to preach at him, nor to threaten him with Hellfire, nor to tell him what Jesus "really" meant. Instead, Jesus just showed up for a brief chat. I sure wish Christians would leave it up to Jesus, and stop preaching at me.